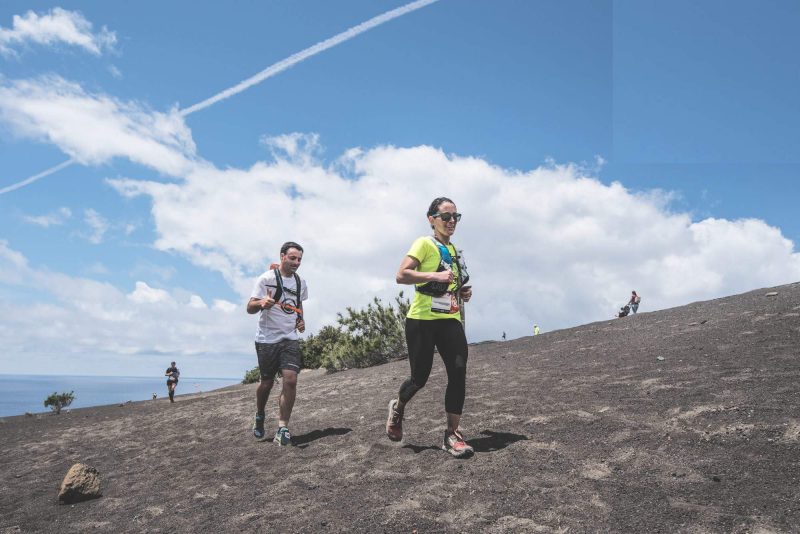 This summer I’ll turn 40 years old 🙂 I’m very proud of my 40 years on this earth – grateful and proud.

To celebrate this milestone and everything this lifetime has brought me, I decided to sign up for a trail run… a 25k called the 10 Volcanoes. It’s in Faial, Açores, the island my father is from and it’s near and dear to my heart.

Let me back track a little bit. 2012, as it turns out, was life changing for me. It’s the year I started rowing with the Azorean Maritime Heritage Society, the year I fell in love with running, and the  year Boutique Fitness opened its doors. My time with AMHS has afforded me the most precious opportunity to build relationships with some amazing people both in the U.S. and in Açores. Running has also brought me a community of badass people who honor the discipline & reward of ‘hitting the pavement/trails’ and building strength together. And of course Boutique Fitness has taught me the most about humanity, relationships, community, love, trust, and respect.

This year, I gave myself the chance to bring all of this amazing energy together in the 10 Volcanoes Azores Trail Run. I tapped into the amazing talent at Track + Channel and had Molly write my training program and Rob guided me through my trail runs – including the longest distance I had ever done, 15.5miles, which matched the distance of my race, but not elevation.

I ran in the 25k, but this event also included a 10k, 42k, 65k, 112k, and 125k (which started at midnight the night before my race). There were 1,200 people from all over the world running, climbing, hiking, and kicking butt all over Faial, a most pristine island in the the middle of the Atlantic Ocean with a modest population of 15,000 people.

Amongst all the runners was also a friend of mine, Paula, who joined me in this adventure. As soon as we arrived in Faial my cousins, Belmira & Faria, greeted us with open arms. Their hospitality was above and beyond! Feeding us foods like fresh fish, garden kale, Yams (Super Starch!), ginger/turmeric/cinnamon tea, canja

(chicken & rice soup), fresh cheese, and of course espresso and wine! Belmira’s neighbor even took Paula and me on the last 10k of our race route so we could get a feel for what race day would be like. It was an incredible tour of a small fraction of the wondrous volcanoes in Faial.

Leading up to the race we spent time with some good friends from the island who took us out for a sail on the Azorean whaleboats, and totally took care of us the night before the race, at the first peak of the race (Caldeira), at the finish and into the evening.

There was over 3,000 ft of elevation and over 4,000 ft. of drop in the 15.5 miles of our race. The big topic of conversation was whether to run or hike the first 4k of switchbacks up to Caldeira. I chose a combo. Truth is my walking legs tire more easily than my running legs. When I got to he top I was not only floored by the crazy beauty of this ancient volcano, but also by the super narrow path with no handrails… Ha! First gut check.

We then headed through the levadas (aqua-ducts), over some small & precarious bridges and through, what felt like, a fairytale. At one point I found myself completely alone on another switchback through some knee high shrubs when it dawned on me that it would be a good time to stop and take in the sights. I could see a whole half of the island from up there and I was overwhelmed with emotion… for so many reasons. Then I heard voices and snapped out of it. Lol. But I carried that magic with me all the way to the finish.

Some of the climbs were so steep there were ‘stairs’ built into the Volcano side. They were actually more like 18″ box steps. The whole way up I just kept repeating to myself ‘I am a mighty woman!’ and ‘These legs were built for this!’ Downhill was an even bigger challenge and my quads definitely felt it the next day. Gut check.

I kept on, and the further I went, the fewer runners I ran into. There was one rough hike on pavement where you could hear the commotion at the finish line, but I knew we still had one more killer ‘box step’ climb ahead. When I reached it, there were a couple of women close by carrying a determination that was infectious. I had never felt that kind of strength and camaraderie from people solely from making eye contact. Bananas.

We climbed, passing a man sitting on the steps crying his eye out while his girlfriend yelled at him to get it together and it’s almost over. And we climbed. And we climbed… Just when you thought the climb was over, there was one more vertical turn. But then I knew that was it. A short straight away at the top and then the descent – on tired legs, for sure. Gut check.

I made it through the wilderness and could see the last road to cross before reaching Capelinhos (the newest member of the Volcano family in the Açores – erupting in the late 50’s, and also where the finish line was). As I burst out into the road, there was my good friend Mariel. She was also visiting Faial after spending a year traveling all over the world, and she was parked at the route with her camera ready to see me come through. Man, did that light up my last half mile!

So now, It’s all black sand to the finish. Not just black sand, but we ran along the side of the volcano (at an angle), and then downhill on the other side! Final gut check.

My good friends Maria, Carla, and Laura were waiting for me at the finish with high fives, congrats, and beer. Same for Paula when she came through. Then Maria took us down to the water for a swim. Holy manoly the cold, salty water felt amazing after our adventure. I was on cloud 9. It was the best 40th birthday present I could have ever given myself.

We went back to Maria’s to get cleaned up and then she took us out for pizza and beer. Happy happy.

Paula had a flight out the next morning. I took her to the airport for 9am and at 10am my husband and daughter arrived to spend another full week with me in Faial. My heart is so full from this trip. The excitement, love, and support from everyone at Boutique Fitness, Track + Channel, Greater New Bedford Track Club,  AMHS, and my family & friends both here in the US and in the Açores was an outright display of what these 40 years have been building up to. This life is incredible. It is precious and so full of opportunities to feel on top of the  volcano. 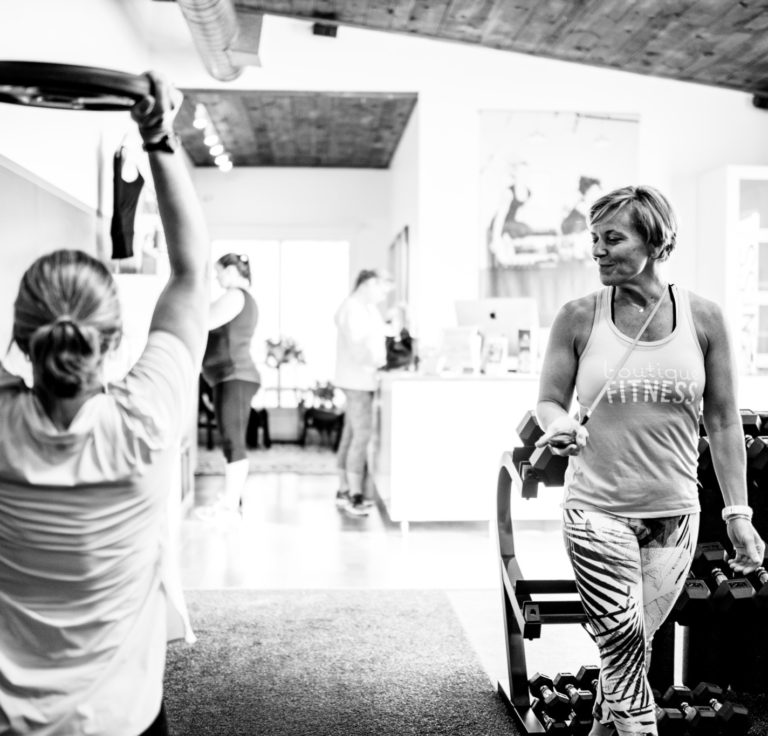 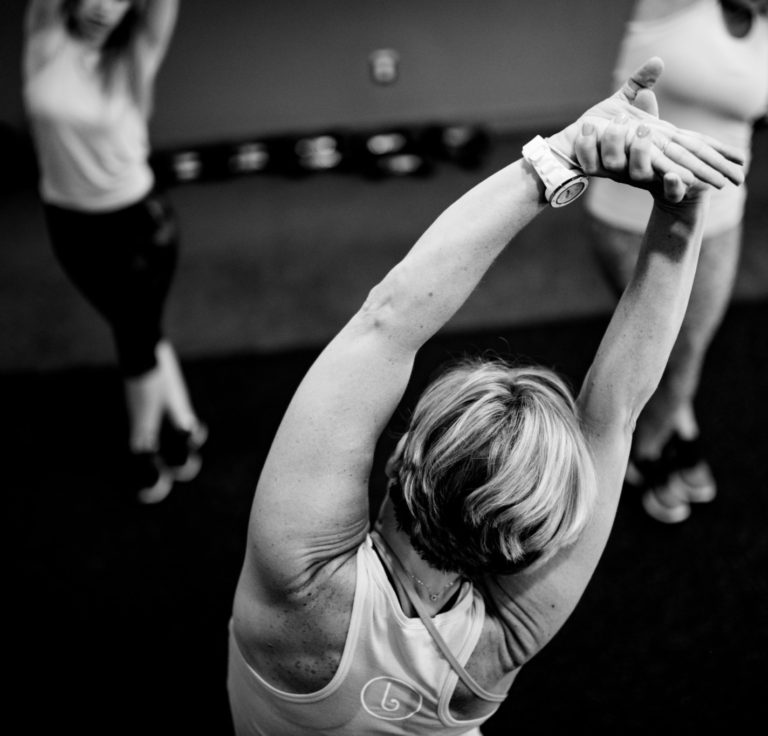